6-08-2022, 14:34
It's hard to believe that it has already been almost a year since Derek made his debut here on BelAmiOnline in a scene with Serge Cavalli. Time flies. Today we have him back again with master lover Andrei Karenin. There are a couple of things to note about the introduction... Firstly we know this is staged, as we have never seen Kevin cleaning of his own volition, and 2ndly, we're not sure what Derek means by wanting to join KA. Given both these things, I'm sure we can actually credit Kev for the screenplay, even though the scene is filmed by Luke. When it comes to the action, everything is exactly like you would expect with Andrei taking charge and showing his young protoge exactly how its done. 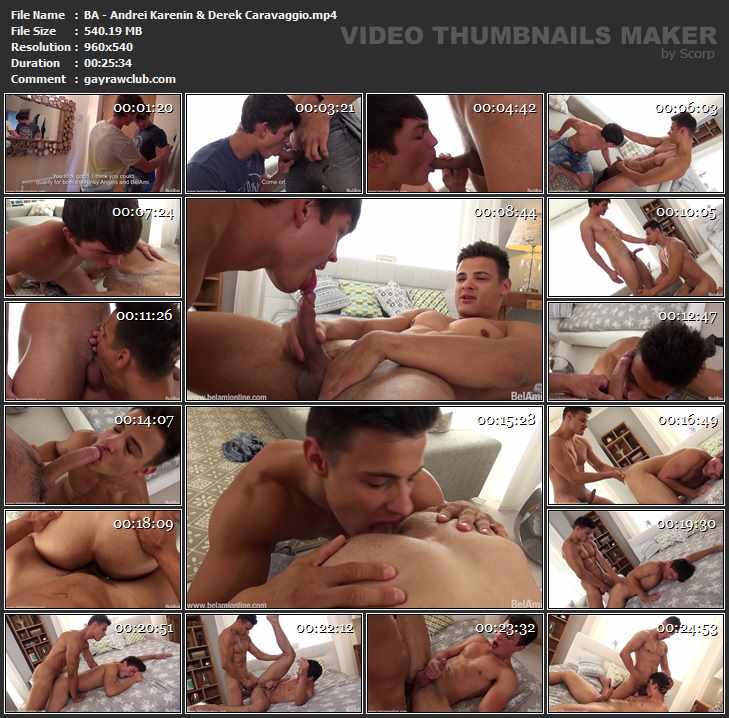