23-06-2022, 14:12
His tongue runs up Liam's neck in a way that makes this straight boy breath heavily. In return, Liam plays with Darron's cock through his underwear, hardening it with anticipation. To the nipples, Darron plays further south on Liam's body, before his hands and mouth reach his dick.

Liam's eyes roll back as he takes gulps of air between Darron's deep-throating his cock, cupping his balls for control. "Oh my god, man," the straight boy moans. He gets to his knees, and gestured for Darron's turn to remove his underwear. Liam's mouth wraps Darron's thickness, and he uses his head to bob quickly, tightening around his cock.

Laying prone against the mattress, Liam's body is directed by Darron to hold still while he spreads his asscheeks and eats Liam's asshole out. He teases him, preparing his wetness to accept all of Darron's cock in one, swift motion. Which it does. Liam barely lurches when Darron immediately pounds hard into him. His moans are stifled as Darron holds Liam's chest close to his, gripping his shoulders with a wrapped-around arm. 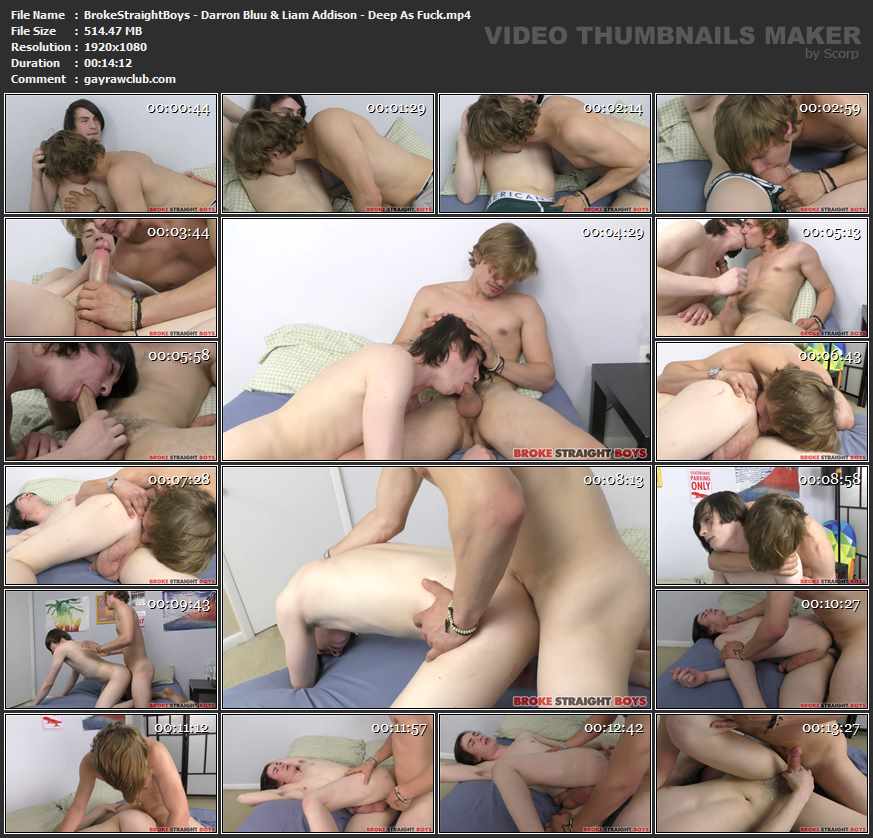