Today's Bareback Casting Paul didn't have any appointments penciled in, so he decided he wanted to film himself stroking his cock in the office. While he's doing so, and unsuspecting job seeker walk in on him. Paul tells him to have a seat and the Calvin, as he's called, tells him he's looking for a modeling job. As usual, Paul takes advantage of the situation and has him go shirtless to show him his body, al the while he's still stroking his hard cock. What happened next was nothing short of the usual Paul Fresh and he of course fucked the hell outof Calvin's tight ass. I'm sure you're gonna get a kick of this so 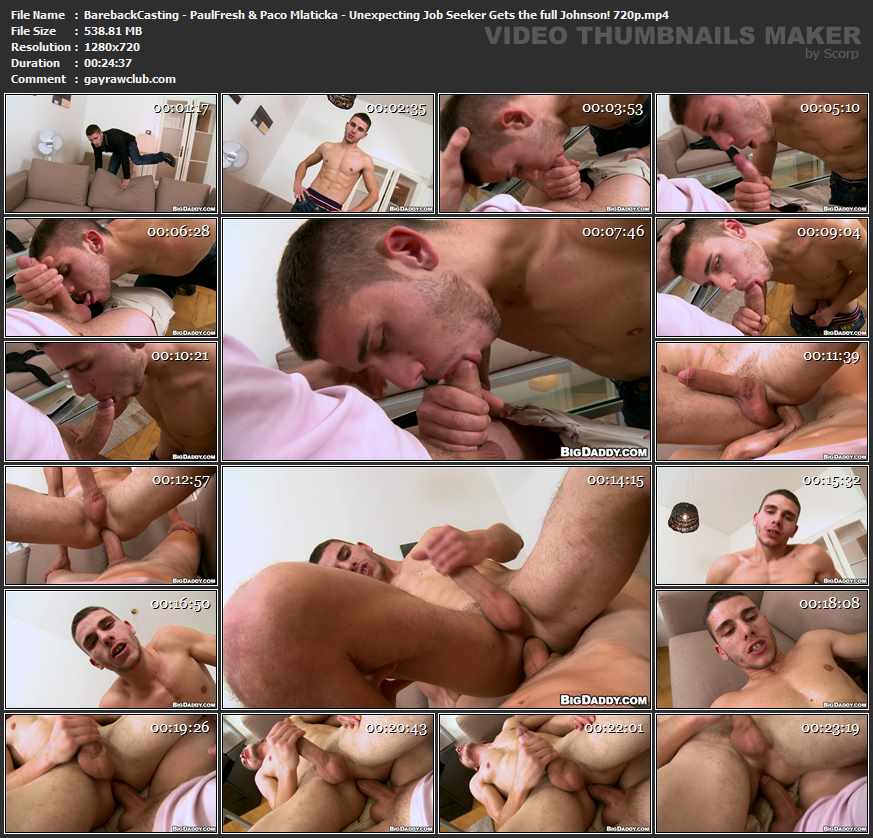