28-04-2022, 06:14
When Sergeant Miles is horny and hungry for some man meat, he's not going to settle until he finds the best guy to service his needs and work for his seed. The guy he has in mind is Ruslan Angelo, who is incredibly good looking, has an amazing body, and is one of the best guys out there to submit like a bitch and take dick. After Sergeant invites Ruslan to the Raw Alpha Males fuck room to fuck in front of five cameras, he is all over the opportunity. And Ruslan Angelo is truly put to the test. Because while Ruslan has bottomed like a pro in the past, Sergeant Miles roughs him up long and hard by sodomizing him deep in his ass! 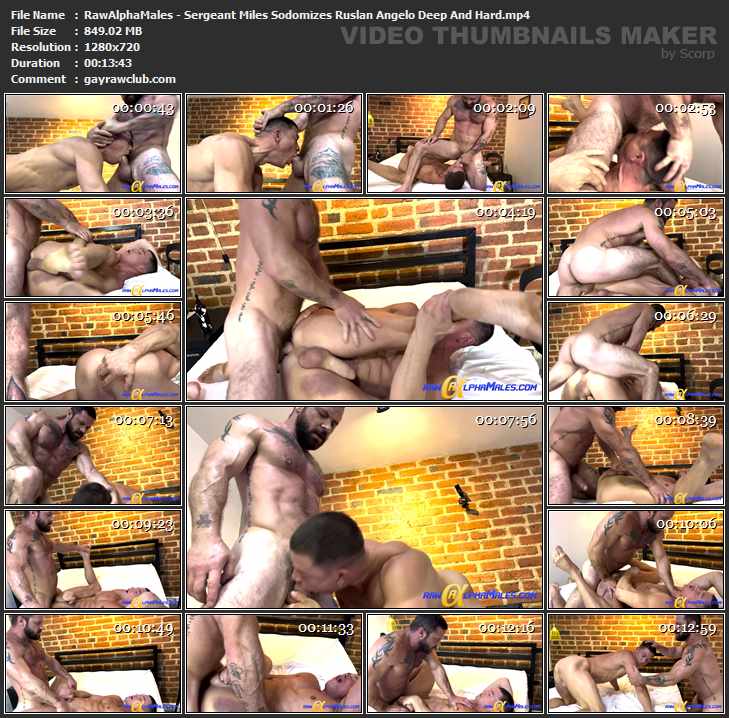