27-02-2022, 21:36
Ricky Hard's ass is no stranger to punishment. Ricky, with his youthful and sporty good looks and leanly muscled body, can be a real bottom bitch in the bedroom. He loves a guy who spins him around and pumps his boy pussy. Pol Prince likes guys who are a similar build to him, so when Ricky started flirting him late one night at a party in Puerto Vallarta, they both knew the chemistry was right and they'd be fucking bareback soon. The next day Ricky Hard invited Pol Prince to the Raw Alpha Males fuck room. There Pol Prince mounted Ricky Hard's ass and fucked him until he was ready to blow his load! 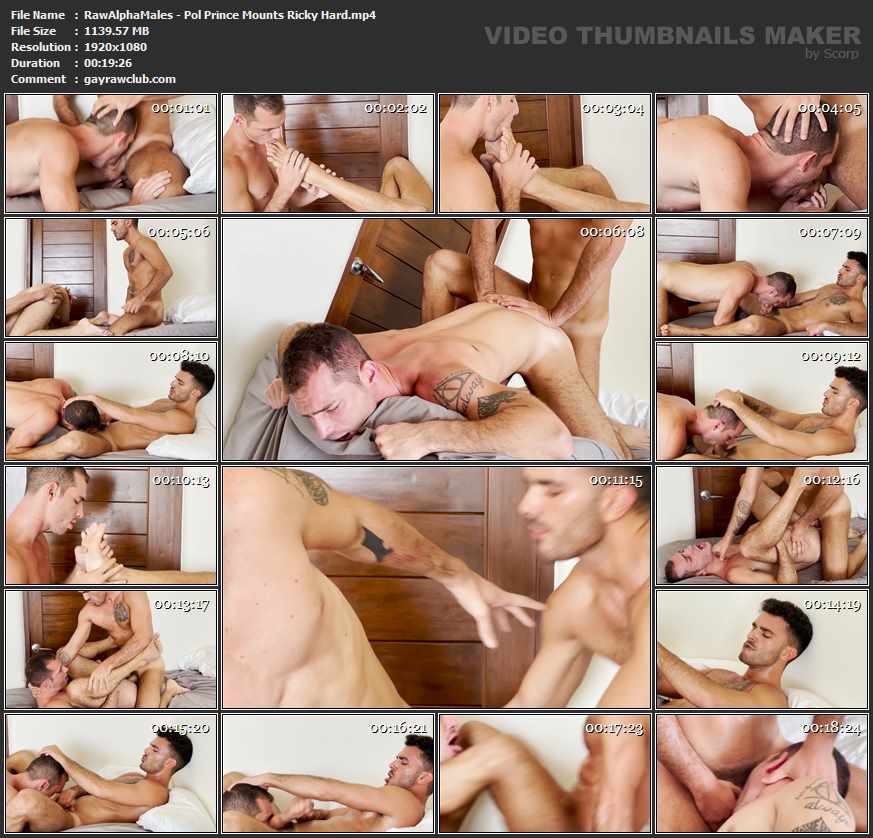