24-05-2022, 10:56
Late one night down at the shipping docks, Hayden Richards and Connor Patricks are the last ones working. As they're moving a heavy chest they discover it's filled with rope and leather gear. Hayden is curious about using the rope and talks Connor into giving it a try. Connor's hands and feet are tied up as Hayden blindfolds the bound stud. Hayden begins teasing Connor's cock till it's rock hard. Just when Connor's ready to blow his load Hayden beats him down until he submits. He lets the bound stud know he's going to be his bitch for the day and then shoves Connor's mouth down on his cock. Connor's then bent over as Hayden gives him a hard fucking. Suspended upside down Connor has clothespins attached all down his body as Hayden crops every one of them off. After a beating from the flogger, Connor is bound on the cart with his ass out in the air. Hayden shoves his cock up the boy's ass once more, milking a load out of his cock before leaving Connor at the dock with a face full of cum. 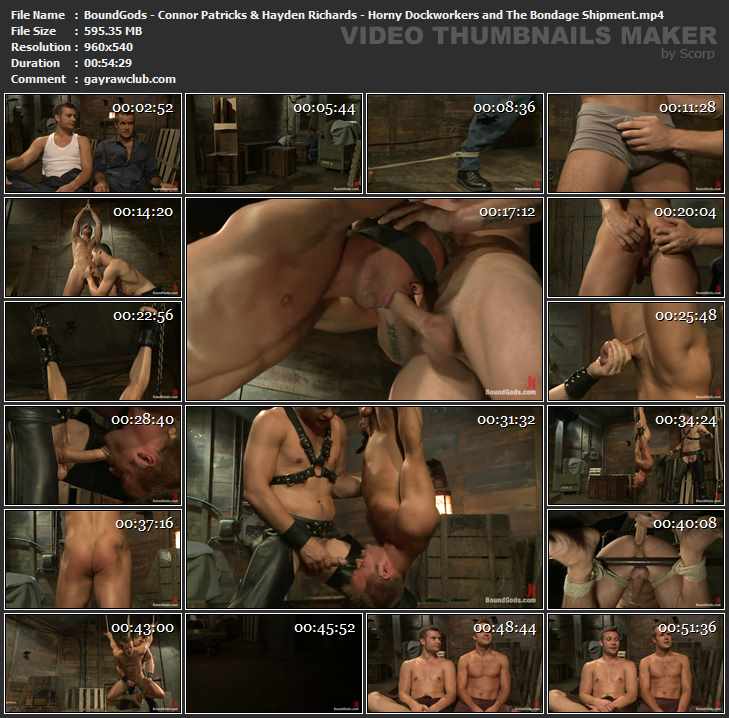